The Somerville Board of Aldermen unanimously passed a resolution condemning the use of Callahan Inc, and calling on developers who receive public subsidies to use responsible contractors who provide a living wage, health insurance, workers compensation, retirement benefits, and apprenticeship training to the workers that build their projects.

In particular, the resolution criticized Federal Realty Investment Trust (FRIT) for selecting Callahan as the general contractor on their 448 unit apartment building in Assembly Row. The project received $73 million in direct and indirect public support from the City of Somerville and the Commonwealth of Massachusetts, and FRIT received numerous warnings from city and state elected officials, as well as residents and community organizations, that Callahan's lower bid was due to their reliance on subcontractors who utilize illegal and unethical business practices. However, the $9 billion company stated it could not afford to use union labor, and selected Callahan.

Now, the woodframing on the project is being performed by Force Corporation, a company that has been ordered to pay more than $3.9 million in back wages, fines, and fees over the last two months. "If FRIT had hired a responsible general contractor, all the various forms of public support for the project would not be benefiting contractors like Callahan and Force, whose business practices are antithetical to the public good," reads the resolution.

The resolution was sponsored by all 10 of the Aldermen who were present at the meeting, and many spoke on behalf of the resolution. "If [the project] is not making the quality of life better for the people in the city, than it's not meeting the goal that I'd like to see," said Ward 1 Alderman Matt McLaughlin.

Union carpenters and community members who live and work in Somerville were also present at the meeting. Mark Erlich, Executive Secretary Treasurer of the New England Regional Council of Carpenters, addressed the Board, elaborating on the record of Callahan Inc and thanking the Board for their support.

Somerville joins communities around the area in urging developers to use responsible contractors and to look carefully at the records of general contractors like Callahan Inc. Callahan's business practices do not support a sustainable and healthy community, and area officials are rightly concerned about the impact these contractors have on their cities and towns. For more information about Callahan, visit callahantruth.com.

The New England Regional Council of Carpenters is proud to host the U.S. Department of Labor and their guests at the Carpenters Center in Dorchester today.

Training in the skilled trades is an essential part to not only building quality, but retention of qualified workers. And when workers learn more, they earn more. We're happy to see the President focus on apprenticeship and proud to play a role in helping it succeed.

If you or someone you know is interested in a career as a carpenter, please click here to learn how to get started. 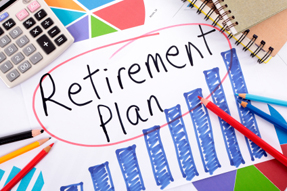 The New England Regional Council of Carpenters and the New England Carpenters Benefits Funds are hosting a complimentary seminar "Planning for Retirement" on Saturday, September 10, 2016. The seminar will be held at the Event Center at Courtyard by Marriott Nashua located at2200 Southwind Drive, Nashua, NH from 8:30-12:00 pm.

Seating is limited, so register early! Members can register online at CarpentersFund.org or by contacting the Seminar Registration Line at 978-253-5101 - Option 2.

Breakfast will be available at 8:00 AM.

Some of the topics that will be discussed at the seminar include: 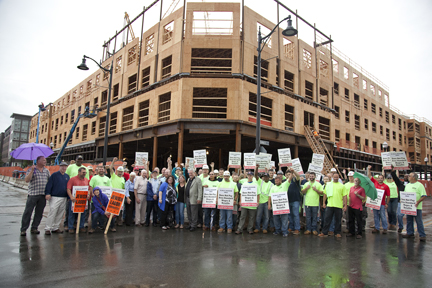 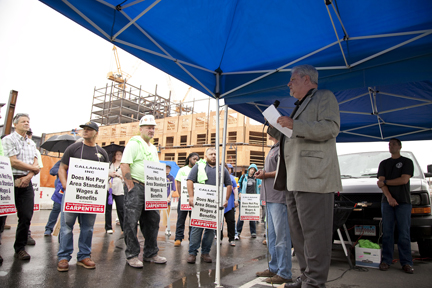 Before leading the group in a march in front of the Callahan project, Erlich remarked, "We're not talking about someone who is nonunion and we just don't like them. That's not the issue. We're talking about people who cheat as a business model. Cheat as a way of making money. Cheat as a way of undercutting legitimate contractors. Cheat taxpayers…That’s our objection." 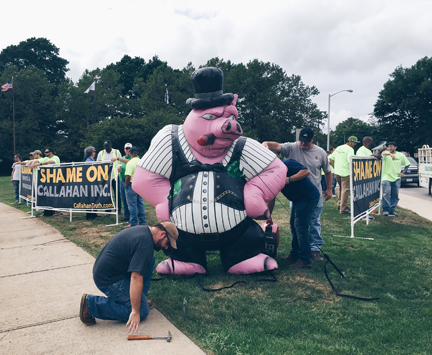 On Monday, Carpenters gathered in Quincy, MA, to rally against Callahan, Inc., a firm which relies on a business model based on the use of subcontractors that often misclassify employees as 'independent contractors,' pay cash, and take advantage of undocumented workers. The following day, the Department of Labor issued a news release announcing the $2.4 million settlement against Callahan subcontractor Force Corp. involving unpaid overtime for 478 workers.

Just days after a $2.6 million settlement was reached against yet another Callahan subcontractor, the Cambridge City Council voted unanimously in favor of a Policy Order condemning Callahan and urging developers to avoid doing business with general contractors who continually engage in utilizing unscrupulous contractors.

The Policy Order, which passed unanimously, cited Callahan's long record of hiring subcontractors who pay their workers under the table, misclassify employees as independent contractors, violate health and safety requirements, and engage in all other manners of illegal and unethical behaviors. An online copy of the order links to numerous newspaper articles and press releases from government agencies documenting the violations of Callahan's subcontractors.

"The net effect of engaging in such practices is to make it virtually impossible for honest, law abiding contractors to compete, to cheat the government out of needed tax revenue, to place a heavy strain upon the community's social service programs and affordable housing stock, and to exploit and endanger the welfare of often vulnerable workers;" reads the order. It goes on to criticize project owners who "perpetuate these immoral practices by hiring Callahan."

Cambridge joins Quincy, Somerville, Waltham, and other municipalities in their concern over general contractors such as Callahan, who "regularly turn a blind eye to the role their subcontractors may be playing in supporting the underground economy." These business practices do not support a sustainable and healthy community, and area officials are rightly concerned about the impact these contractors have on their cities and towns. For more information about Callahan, visit callahantruth.com.